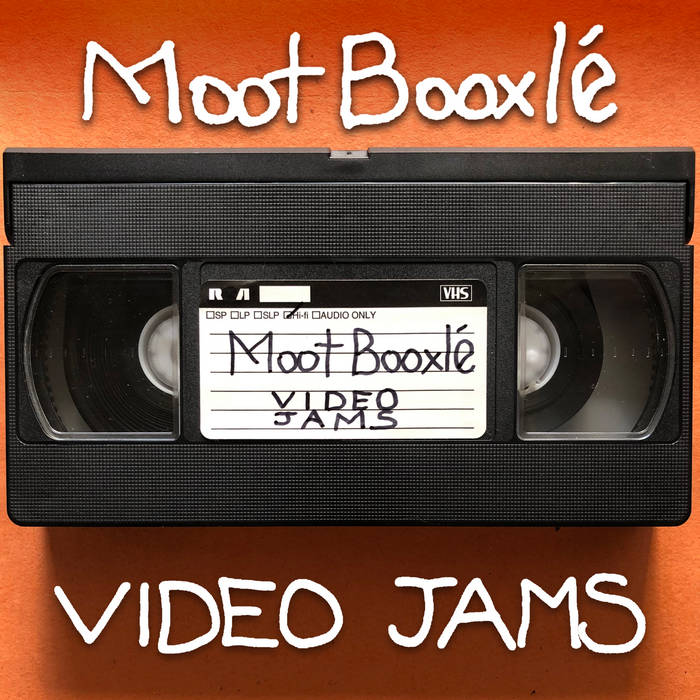 James Reeno (SPAZZOID RECORDS/NYC RECORDS/KUPCAKE RECORDS) MOOT'S jams are like finished pieces of music to me, so I am very happy to see some of these jams compiled onto an album! Hopefully vol. 2 is coming soon!

I am also very happy to have contributed a remix of "Uno Mama" here. Favorite track: Transmootation.

A collection of improved versions of my recent YouTube jams! These are mostly the original mixes, but with some definite upgrades to sonic quality, editing, mixing, and mastering! These were mostly tunes I created to show off various pieces of equipment that I have been testing for manufacturers. So, this is also a "parade of prototypes"!

Most of this music was created in real time, just as you hear it. For this, I employ a mixture of sequencers and the Boss RC-202 looper.

All of the original videos are available at:
youtube.com/user/mootbooxle

5. The Man With Three Hands
Rhodes Suitcase 73 through Boss CE-2W
Behringer Crave - bass
Behringer Pro-1 - lead (I sang the lead into a mic which was fed into the EHX V256 for pitch quantization, then into the Second Sound ACO160 which controlled the Pro-1)
Bass, Lead, and Chords all played in real time.
Rogers/Gretsch drums

7. Uno Mama (The Windy City 12" Mix)
IK UNO synth (bass) and Moog Matriarch played by me, all other instruments by Reeno aka WINDY CITY. Produced, mixed, and mastered by Reeno at Spazzoid Studios.

This music would not exist without the following people being really awesome to me. I would like to thank:

Uli Behringer and all my friends at Music Tribe/Behringer
Erik Norlander at all at IK Multimedia
Brian Kaczynski at Second Sound (secondsound.com)
Suit and Tie Guy at STG Soundlabs (stgsoundlabs.com)
James Reeno at Spazzoid Records, for the super dope remix! (reeno.bandcamp.com)
Chris Carroll and all at Vintage Vibe (vintagevibe.com)
Darrell Nutt, for making my cover art EXTRA good! (defmedia.com)

And I want to thank YOU for supporting my music all these years! I am so thankful to do what I do! Love to each and every one of you <3